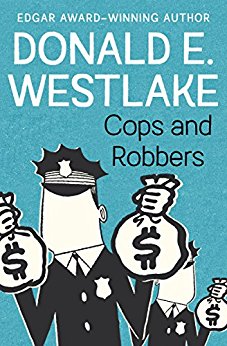 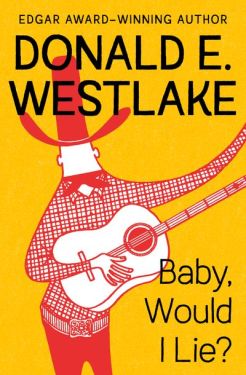 Trailer for sale or rent, rooms to let fifty cents
No phone, no pool, no pets, I ain’t got no cigarettes
Ah but, two hours of pushin’ broom buys a
Eight by twelve four-bit room
I’m a man of means by no means, king of the road

Third boxcar midnight train, destination Bangor, Maine
Old worn out suit and shoes, I don’t pay no union dues
I smoke old stogies I have found, short but not too big around
I’m a man of means by no means, king of the road

Lyrics by Roger Miller (hey baby, would I lie?)

This morning I arise, like an extra on The Walking Dead, shake off the cobwebs, take some pills (non-recreational, alas), make my way from bathroom to kitchen to desktop.  At the last destination, I am mildly discombobulated to find a new comment for The Fugitive Pigeon review I posted almost four years ago.  Appropriate, since I feel very much like a dead nephew most mornings of late. (I can’t drink coffee anymore.  It would take too long to explain.)

Why, it’s Anthony!  When’s the last time he showed up here?  As Bernard Shaw once wrote to Mrs. Patrick Campbell, having just received a missive from her following a lengthy lapse in their correspondence–“So–you yet live.”

It is a brief but substantive message.  Somebody has put out the first-ever (to my knowledge) ebook edition of the aforementioned Columba Livia on the Lam.  Westlake’s very first comic crime novel, his most popular book ever at the time it came out, much to the befuddlement of the agent who begged him not to write it.

Many editions have appeared over the years, foreign and domestic, but at the present time it is out of print.  Unless you count pixels as print.  I’ve never been clear on that.  Point is you can have it for Kindle now, if you want.  Don’t have to rely on Amazon Marketplace anymore.  Yes, the cover art is pretty on the nose, but that was true of some of the real books as well.  (Also some very good ones, mainly from those artsy overseas publishers, but I’m partial to the fourth American printing, paperback, from Ballantine Books.  Even though that’s technically a dove.)

The publisher is listed as MysteriousPress.com/Open Road.  Open Road Media is a company that does ebooks, and all the Mysterious Press Westlakes that are currently evailable are evailable through them.  Most of the Dortmunders, Dancing Aztecs, Ex Officio, Two  Much!, all five of the Mitch Tobin Mysteries.

(Hey, when did he write that book about Hitler?  I haven’t reviewed that one.  Oh wait, different Westlake. Possibly different Hitler. What day is it?  Anyone know?  Are my feet supposed to be feeling all prickly like this, doctor?  Are my thoughts supposed to be so scattered?  I don’t  normally have back pain.  You smiled that world weary smile when I brought up the matter of side effects.  “Oh foolish layperson, do you want the miracle of modern pharmaceuticals or do you not?  All for a mere twenty-five dollar co-pay.  Here, I’ll even give you a free sample.  Whole pack of them, right on my desk.  Funny coincidence, that.”)

So there’s no link for me to follow, Anthony was clearly off somewhere in a hurry, no time to chat with his old Uncle Fred.  That’s fine, Anthony.  Go off and enjoy your life, why don’t you?  See if I care!  I bet you can still drink coffee!  Mumbling incoherently to myself, I consult the great oracle Google, and find the e-edition in question post-haste.  But wait–there’s more!

(Well you already knew that from the images up top.  I really have to stop it with the spoilers sometime.  It’s an old habit.  You know, as a boy, I snuck down early one Christmas morning and opened all the presents.  I don’t just mean my presents.  I was always thorough.  Some might consider that a virtue.)

SIX new ebooks!  Westlakes long and unforgivably out of print.   All bearing similarly schematic digital decorations, clashing a mite with the graphic art from earlier Mysterious Press/Open Road editions.  Some starving artist paid off the back rent on his loft with that assignment, I’ll bet. (Unless it was a starving computer.  Do computers get hungry?  I should probably call the doctor soon.)

They’re all good in my book, but I’d place The Spy in the Ointment, Cops and Robbers, and Trust Me On This on any best-of list I compiled for Westlake.  Which is the same thing as saying any list I compile of books to read before you die.  (Good thing I already have. Read them, I mean.  Pretty sure that’s what I mean.)

Some of his finest remain on the most-wanted list,  Looking at you, Adios Scheherazade, and don’t look so furtive, the #MeToo movement doesn’t even know you exist yet, and anyway, you’re on their side, kind of, maybe, I guess.  If they come for you, torches blazing, just shout “Hark! The Ghost of Philip Roth!,” then run for it while they hold up their crucifixes and chant the rites of exorcism.  Waxing Roth, you might say.  (I’m starting to feel better.)

I don’t know what we’re going to do about Up Your Banners.  I really don’t. As piercingly penetrative a perusal of American race relations (biblical and otherwise) as ever I’ve read, and I just don’t know who’d risk putting it out there now.  But it ought to be out there.  It has things to teach that we need to learn.  But there’s this thing called ‘whitesplaining’ now.  Okay, I get it, but seems to me we’ve all got a whole lot of ‘splainin’ to do, and nobody does it better than Westlake.  The real problem is that it’s not any identifiable genre.  A white elephant, you might call it.  In bed with a black one.  (I can just say it’s the medication talking.)

A Likely Story likewise isn’t the right genre, if any, and yet it’s one of his funniest books, and it should at least be evailable, even if there aren’t any crimes committed in it other than adultery.  Anarchaos doesn’t have that problem, and is as genre as they come.  Killy is a murder mystery where the protagonists are union organizers in a hostile factory town–hey, that’s timely.  There’s still some really good low-hanging fruit, as yet unplucked.

The list of Westlake novels not available in any form is shrinking fast.  I don’t know if a Library of America collection will ever happen at this rate.  There may not be enough books no other publisher has taken responsibility for.  Hard Case Crime is coming out with their edition of Brothers Keepers soon (print and pixels, hey big spenders!)  I’m sure more will be forthcoming from there.  Maybe they’ll do the natural follow-up to their reprint edition of The Mercenaries.  (I know Killing Time isn’t the sexiest crime novel ever, but it’s sure as hell one of the bloodiest, and people still read Red Harvest.)

Anyway, I’ll keep watching for the next big digital dump (these all came out on May 29th) and keep you all posted when it comes.  The books I mean, not any hurried trips to the lavatory.  (That being one of the side-effects I missed.)

Filed under Donald Westlake novels, Help I Am Being Held Prisoner, Uncategorized

Tagged as Baby Would I Lie?, Cops and Robbers, Hard Case Crime, High Adventure, MysteriousPress.com, Open Road Media, The Fugitive Pigeon, The Spy In The Ointment, Trust Me On This

12 responses to “Plug: Mr. Westlake and the Open Road”