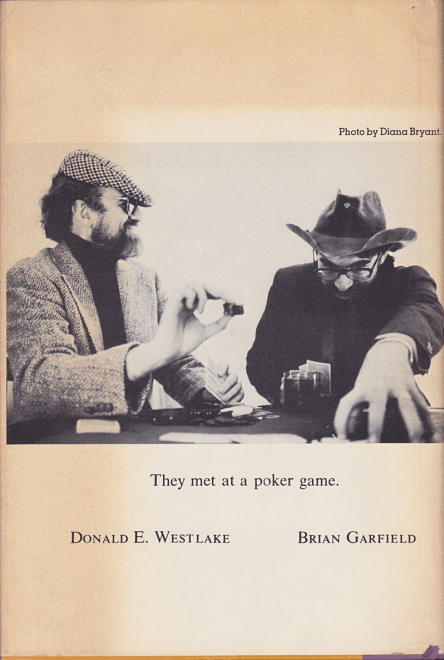 The English call them thrillers, and in our clumsier way we call them novels of suspense.

They contain elements of mystery, romance and adventure, but they don’t fall into restrictive categories. And they’re not circumscribed by artificial systems of rules like those that govern the whodunit or the gothic romance. The field is wide enough to include Alistair MacLean, Allen Drury, Helen Maclnnes, Robert Crichton, Graham Greene, and Donald E. Westlake. (Now there’s a parlay.) The market is not limited by the stigmata of genre labels, and therefore the potential for success of a novel in this field is unrestricted: DAY OF THE JACKAL, for instance, was a first novel.

The game’s object: To perch the reader on edge — to keep him flipping pages to find out what’s going to happen next.

From Ten Rules For Suspense Fiction, by Brian Garfield

Not long ago, I happened to catch a bit of the original Death Wish movie on cable.  I realized I’d never read the original novel by Brian Garfield, whose Hopscotch (made into what I consider a much better movie) I reviewed here a few years back.  I also reviewed Garfield’s Gangway, but solely because he co-wrote it with Westlake (that’s the back dust jacket image you see up top).  And of course The Stepfather, which was co-produced by Garfield, was his concept (and Carol Lefcourt’s), but Westlake ended up writing the screenplay.  It is by far the most successful of their collaborations.

So I checked, and yes, Death Wish is e-vailable.  So is the follow-up Garfield wrote to it, simultaneously protesting and exploiting the international box office success of the film adaptation of his first novel, that he despised on many levels.  (Which is probably the main reason both are e-vailable.)

So what the hell?  Got both, read both.  Finished them up a week or two back.  Figured there was an article or two in it.  You may have noticed that in my last article I made some reference to this.  I posted that article on New Year’s Eve.  I did not remember that was the ten year anniversary of Mr. Westlake’s demise.  Nor did I know it was the two day anniversary (give or take) of Mr. Garfield’s.  Found out yesterday.

He went on December 28th.  Made it to 79, so he beat Westlake by a few years. (Not the only time Garfield ever beat Westlake, going by another photo of one of their many poker games.) 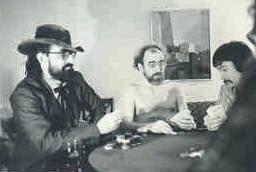 Garfield was a relative late-comer to the Westlake inner circle, who didn’t cut his teeth in the sleaze paperback industry, or by writing science fiction and crime fic for the pulps.  Nor to the best of my knowledge did he ever know Scott Meredith. But he got his first novel published at 18, which beats Westlake by quite a few years.  Though he was also born in Gotham, he ended up way out west, in more ways than one.  Sometimes under an alias, cuz he was one bad hombre. 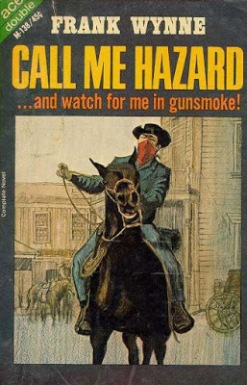 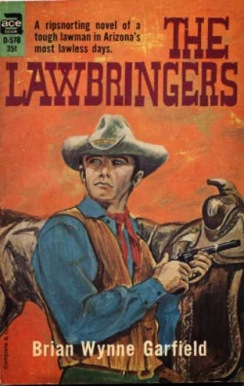 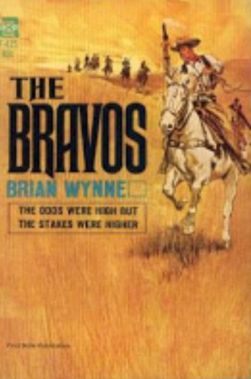 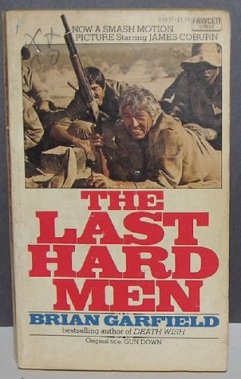 This was the main professional point of difference between them, since the only western Westlake (generally averse to period writing) ever published was the one they worked on together, and we can guess whose idea that was.

So crime was their meeting point–but with a difference.  No heists for Garfield, no comic capering, no hapless Nephews fleeing irate mobsters.  Needing a back-up for the shrinking westerns market, Garfield didn’t write straight-up crime fiction, or classic mysteries, cozy or hard-boiled.  He wrote ‘suspense.’  And what the hell is that?  See up top.  (Great article.  I guess it wouldn’t be fair to blame him for Grisham.  That’d be like blaming Westlake for all the hacks who’ve gotten rich copying him.)

Garfield’s two best-known novels are respectively about an accountant who moonlights at hunting muggers and a forcibly retired CIA agent baiting his former employers into hunting him.  They live up to his suspense writer’s credo in spades.  They are also complex insightful looks into the psyches of men who stray from the beaten path, which is what Westlake would have liked about them.  They are, first and foremost, about human beings, and the formula is adjusted to that end.

They both bear a considerable debt to Westlake.   Hopscotch in particular goes out of its way to reference him.  And in reading Death Wish, I found myself convinced that Westlake had, in his way, returned the favor (he name-checked Garfield more than once, particularly in some of the Dortmunders, but that’s not what I mean.  Get to that later.)

Garfield, like Westlake, was fascinated by identity, though the theme is less defined in his work (not that I’ve read enough of it to definitively opine on that). He also had a deep respect for professionals, and a curiosity about what happens to them when they have to redefine themselves in some way, find a new mode of living, working.

Garfield, like Westlake, saw many of his books adapted into films.  Sometimes by him, usually not.  He had a closer connection to Hollywood (Westlake never seems to have aspired to producing anything), and that came with both pluses and minuses.  There’s only so much of yourself to go around in one lifetime.

If Garfield’s literary oeuvre is less impressive than Westlake’s overall–I’d have to say it is, and of course I would–it’s partly because he had fingers in a few too many pies.  Jack of many trades, master of most, he fell short of supreme mastery as a novelist.  (I’d say the same for William Goldman, and he was arguably the greatest screenwriter of all time, as well as a magnificent novelist, but again, spread himself too thin.  The novel is the harshest of all mistresses.)

Garfield made his choices, and they may well have been the right ones–for him. Posterity will have its say, but point is, it will have something to say about Brian Garfield. He made his mark and then some.

Most of all like Westlake, he never retired (though his last book came out in 2008–nonfiction, and I keep meaning to read it).  I assume health was part of the reason for that, not taking it easy.  What can such as they retire to?  You keep going until you can’t.  Nobody runs forever.  Just like nobody stops doing what they love to do.  Unless they have a death wish.

My focus here is Westlake (it has been known to blur at times).  I’m going to review Death Wish.  And Death Sentence.  And try to put them in a Westlakeian context.  But the most important task of any reviewer is to ask the question–who wrote this?  If a novel doesn’t tell you who the novelist is, the novelist didn’t do his or her job.

Brian Garfield always got the job done.  And reading him at his best is like holding a tiger by the tail.  He and the tiger were old friends, don’t you know. 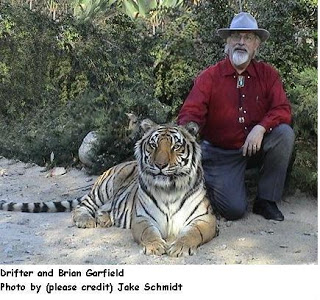